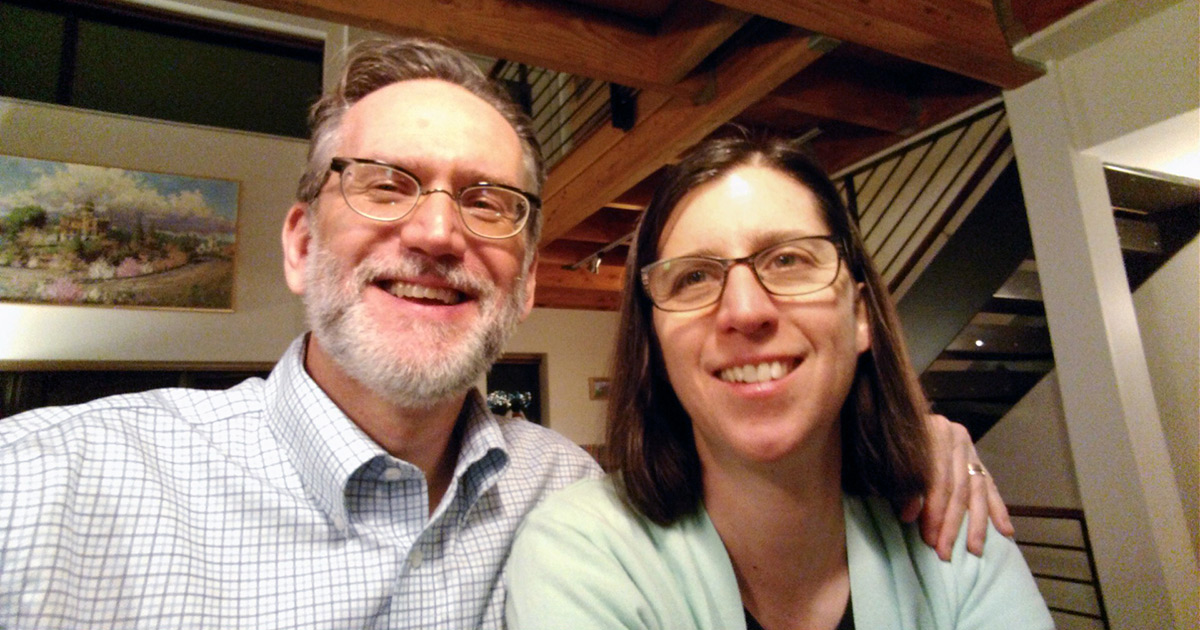 Below Bryan Bell tells us why he likes to live in and volunteer to help his neighborhood in so many ways.  Not only does he participate on the zHome Neighborhood Committee, but he is a “take-charge” kinda guy who has stepped forward to oversee specific projects ranging from giving a tour of the neighborhood to the Washington State Governor, Jay Inslee, to overseeing the rebate program for the community solar panels, to helping his neighbors with parking issues, and so much more.  Thank you, Bryan, for all you do!

My role in volunteering in our neighborhood is intimately linked to the home we purchased here.

My wife Karin and I were “late bloomers” when it came to buying our first home in 2014. In our late 40s, we’d been renting an apartment in Issaquah since 2003 when we finally decided that this town was where we wanted to put down permanent roots. After researching the various neighborhoods in Issaquah, we settled on the Highlands as our exclusive choice. We liked its “new urbanism” concept of compact walkable neighborhoods built around community rather than cars. It also helped that Issaquah Highlands had a community-owned fiber network! We took many long walks through the Highlands scoping out the various homes for sale. We’ve probably walked every square inch of the community! During one of those walks we stumbled upon the zHome neighborhood. The 10 homes in the neighborhood were built to achieve net-zero energy usage: over the course of a year, the amount of energy the homes use is the same as the amount its solar panels generate. We hadn’t really considered environment-friendly features when deciding what we wanted in a home, but the more we researched zHome, the more important these features became to us. Now we’re convinced of the importance of building green homes.

You’d think that living in a net-zero energy home would require sacrifices in comfort. It’s quite the opposite. The energy-efficient features of our home make it the most comfortable place we’ve ever lived. For example, the air-tight and well-insulated envelope of our home coupled with its geothermal hydronic heating system in the floors keep the temperature comfortable in every corner: no drafts and no hot or cold spots!

Karin and I love living in our zHome and continue to say just that to each other every day, even four years later. We want to live our entire lives here. So, I confess to selfish motives in volunteering to improve the zHome neighborhood: I want to continue to live in a nice neighborhood! The best way I can see to do that is to get in there and get involved. Everything I can do to keep our neighborhood wonderful is an investment in our own future.

Some of the best resources in maintaining our home has been our nine other neighbors. When we first moved in, they were invaluable in helping us figure out how our home “worked.” All of us regularly e-mail the group to discuss zHome concerns. I worked hard to get a deep understanding of our home’s technologies. Over time, I started to become a resource myself for my neighbors, especially for a few new ones that moved in after us. As a result, I was voted to serve on the zHome Neighborhood Committee that works with the Issaquah Highlands Community Association (IHCA) to manage our neighborhood’s shared resources.

At the same time, I became involved with one of the key groups involved in building the zHome neighborhood: Built Green. It started with their request to interview us for our zHome-owner perspective in the white paper they produced about the success of the project. That went well, so Built Green continued to come to us when TV, radio, and newspapers wanted report on the project by touring the inside of a zHome. In 2016, Built Green asked me to serve on their Executive Committee, on which I’ve served ever since. Karin and I have twice given presentations about living in a zHome at the annual Built Green Conference. In the past year, we’ve had two school groups tour our home and in February we were honored by a visit from Washington State Governor Jay Inslee!

Thanks to Erika North at the IHCA for her many hours of help. Thanks to Nick Nied, formerly with Ichijo and construction manager on the zHome project, for all his expertise over the years. Thanks to Leah Missik at Built Green and David Fujimoto at City of Issaquah for involving me in their projects. Thanks to my fellow zHome Neighborhood Committee members Max Propylev, Eugene Shamshurin, and James Crosetto for their sage advice. No less thanks also to each of my other wonderful zHome neighbors: Gordon & Kathy Francis, Tony Fabela, Brad Verheiden, Eric & Shirley Njos, Satya & Shruti Malugu, Tatyana Shamshurin, Kurt Kester & Radhika Bhisey, and Kuldip & Rani Singh. All of you make volunteering for our neighborhood a pleasure!

Photo: July Volunteer of the Month Bryan Bell, with his wife Karin Weekly, in their zHome, Issaquah Highlands.

As published in July 2018 Connections