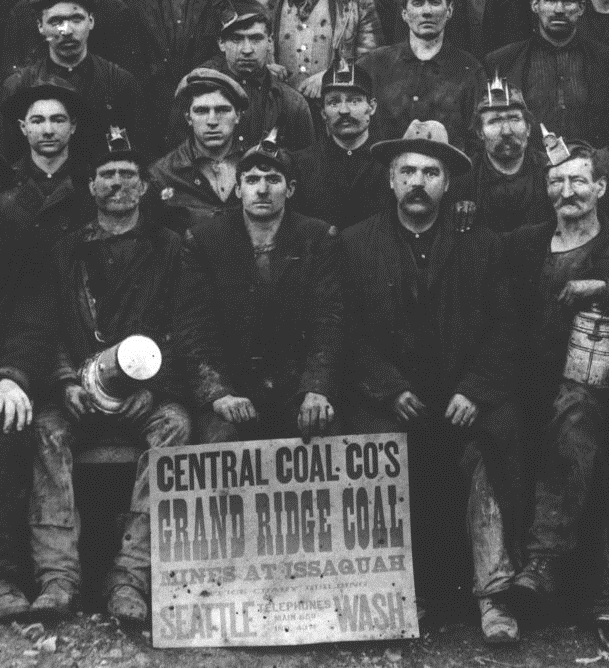 Where:  Starting in Downtown Issaquah, see issaquahhistory.org for details

This hike is sponsored by the Issaquah History Museums, 4Culture and the city of Issaquah.

A dark and dangerous past lies beneath Issaquah Highlands.  Four miles of tunnels holding secrets of fortunes made, lives lost, labor strikes, explosions and more.  The Grand Ridge Mine produced coal from 1889-1963 with huge coal bunkers, a railroad, mules hauling carts of coal to the surface.  Women watched their men go into the mines each day and hoped-beyond-hope that they would return each night.  Some of them did not.

On June 20, the Issaquah History Museum, in partnership with 4Culture and the city of Issaquah, will present the Grand Ridge Mine Hike, part of the museum’s Residue of History hike series.  Expert guides will lead hikers to the site of the former mine, describe and show pictures of what was once there, identify relics left behind and tell stories of construction, explosions, amazing engineering, and daily life in and around the mine. 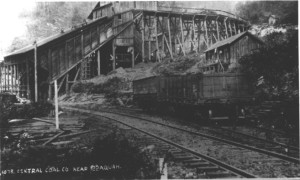 Issaquah was a sleepy little village in 1889 when the first company began work on mining the coal beds exposed on the “Grand Ridge”.  The Grand Ridge is the ridge of rock and soil directly north of the East Sunset Interchange on I-90.  The road rising from the freeway ascends the face of the Grand Ridge.  For years, men mined the wealth of coal contained in four coal beds.  These beds were known as #1, #2, #3, and #9.  But coal beds changed names faster than they changed ownership, and many of the maps and other documents from that bygone era are woefully inaccurate.

Miners came from all corners of the world to work in the mines in Issaquah.  These mines paid higher wages than did East Coast or foreign mines, and they attracted men and their families willing to make long and risky sea voyages, or travel the amazing new transcontinental railroads which opened new lands and new opportunities to those willing to leave “civilization” behind and head for the hinterlands.   New towns were being built, and new resources were being produced to help build the country.

The story of the Grand Ridge Mines and life in Issaquah is part of the greater story of the building of the West, men and women who had the courage to leave family and hearth thousands of miles behind to venture to new lands.  Mine owners made and lost great wealth, and the miners made good wages but sometimes lost their lives. This is also the story of women of strength who lived in harsh conditions, with little money, and raised families and provided them with a warm and happy home. It is the story of brave men and women supporting their families and building a future.  Come experience the life and times of that era, and the mining that made it all possible.