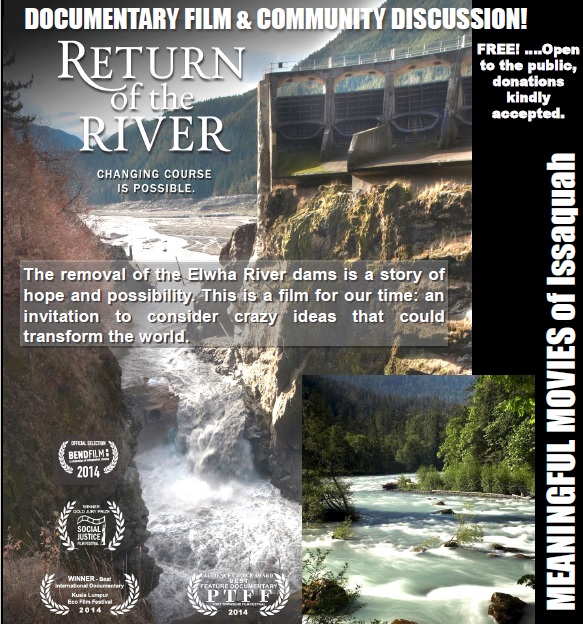 “Return of the River”

“Return of the River” offers a story of hope and possibility amid grim environmental news. It is a film for our time: an invitation to consider crazy ideas that could transform the world for the better. It features an unlikely success story the Elwha River tells for environmental and cultural restoration. The film captures the tenacity of individuals who would not give up on a river, mirroring the tenacity of salmon headed upstream to spawn. It is a narrative with global ramifications, exploring the complex relationship between communities and the environment that sustains them. Discussion follows with among others, members  of F.I.S.H., Friends of Issaquah Salmon Hatchery.