By Kathryn DeanFebruary 15, 2018Connections
No Comments

Grand Ridge is the oldest of the Issaquah Alps, overlooking the valley and Lake Sammamish from its location north of the highway. It was mostly forested trails, very popular with mountain bikers, but also partly gravel mine. Most of it, 2,200 acres, was owned by Port Blakely, a timber company.

In 1996, Port Blakely entered an agreement with the city of Issaquah to preserve three quarters of it as open space or park and to create from the remainder an urban village community using sustainable building methods. The first homes were completed in Ashland Park in 1998 and Issaquah Highlands was born.

The thriving community we now enjoy began as a few houses around a park called Ashland circle. Forward-thinking men and women believing in the vision of Port Blakely moved to the desolate hillside to become the first neighbors.

Geoffrey Walker and his family were one of these first families who became immediately involved in shaping the direction of our community. Geoff has been a member and chairman of the Urban Village Development Commission since 2000. He, his wife Ursula and their children, Amira, Samia, and Theo, also drew other family members to the community. Ursula’s sister Ingrid and husband Dan Adams moved to the community in 2000, followed by her other sister Theora and Joey Delupan, and their parents Theo and Ada Leenstra soon after. The family now owns five homes in the Highlands. The variety of housing and neighborhoods appealed to many different sized families.

Geoff remembers the strong sense of community that existed from the very beginning, “Everyone knew all their neighbors. We had parties, 4th of July picnics and parades, community meetings, work parties (trails, parks, etc.), and everyone worked together to help achieve the vision.” 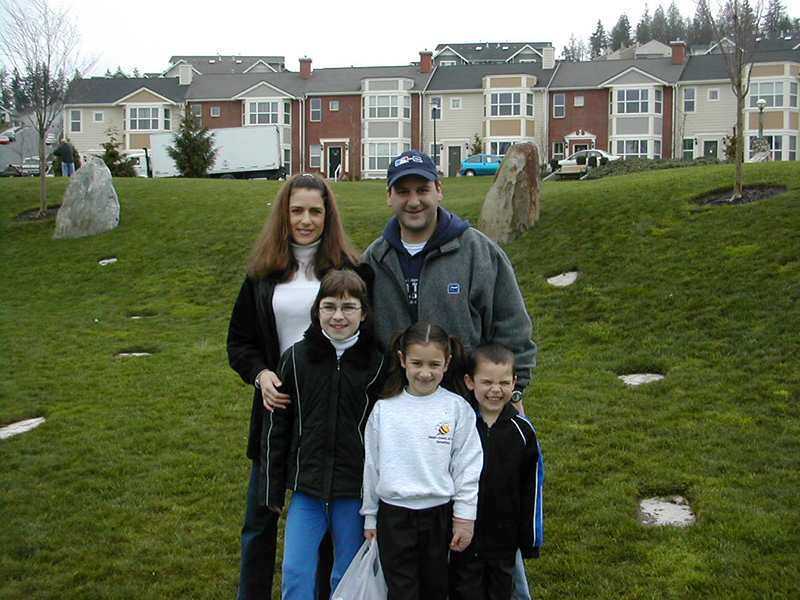 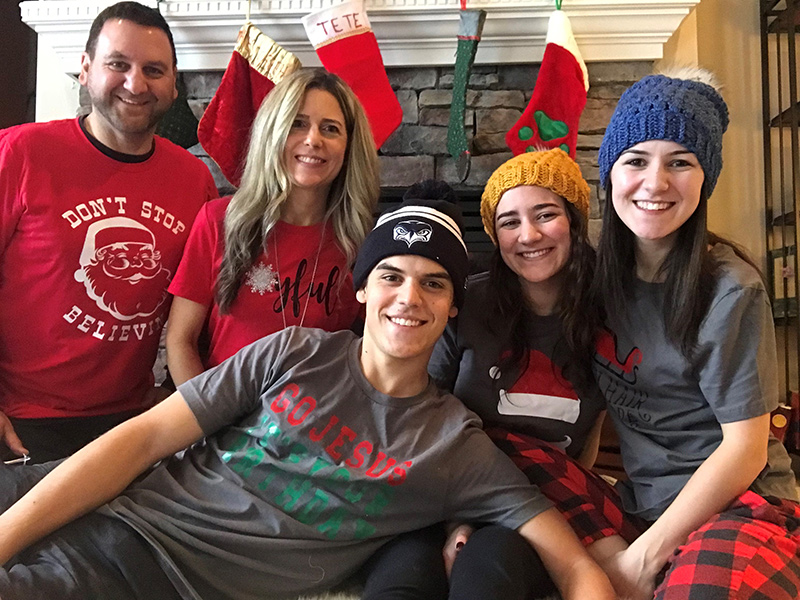 Pictured (left): The Walker Family at the Issaquah Highlands Easter festivities at Ashland Park in 2002. Parents: Ursula and Geoff, with Amira, Samia and Theo. (Right) The Walker’s at their family home, still in the Highlands, with Geoff, Ursula, Theo (21), Samia (24) and Amira (26).

Another early resident, Kelly Bilco, moved here with her family in 1999. Kelly was employed by Port Blakely to promote the builders and the community. She had this to say about those early years, “People at the beginning were all excited about the plans for growth. I took on the role of doing community events and bringing moms and families together for story time, parades, egg hunts, Santa Claus visits, wine tastings and cooking classes. It’s exciting that this has carried on and so many are involved in the community events. Port Blakely did such an amazing job. Judd Kirk and Joe Coakley and Ruth Winbauer were pivotal in bringing this vision to fruition.”

Patrick and Arden Byers moved to Ashland Park from north Seattle in early 2001 (Patrick currently serves as Vice President of Highlands Council). The builders and home styles appealed to them, as well as the school district and shorter commute for work. But Patrick says the neighborhood vision was most important. “The urban village concept was one of the biggest selling points for us. We wanted to live in a neighborhood built to encourage interaction and community, and we also liked that the homes were all Built-Green.”

Patrick also had fond memories of the urban area of his childhood, “I grew up in a neighborhood next to a small commercial district, so we were able to walk to the store, the barber and a local restaurant. When we moved here we loved the promise of a community where you could do that. Ultimately, we moved here for the urban village concept and the amenities it promised. 17 years, two homes and two kids later, our favorite things are really the friendships, community and connections we’ve built in a neighborhood built to encourage just that.”

These first residents came for many different reasons, but all believed in the vision of the community and became key players in bringing that vision to fruition in our thriving, growing, urban village. 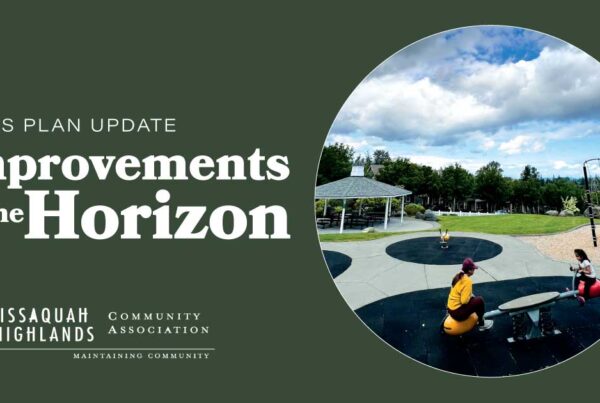