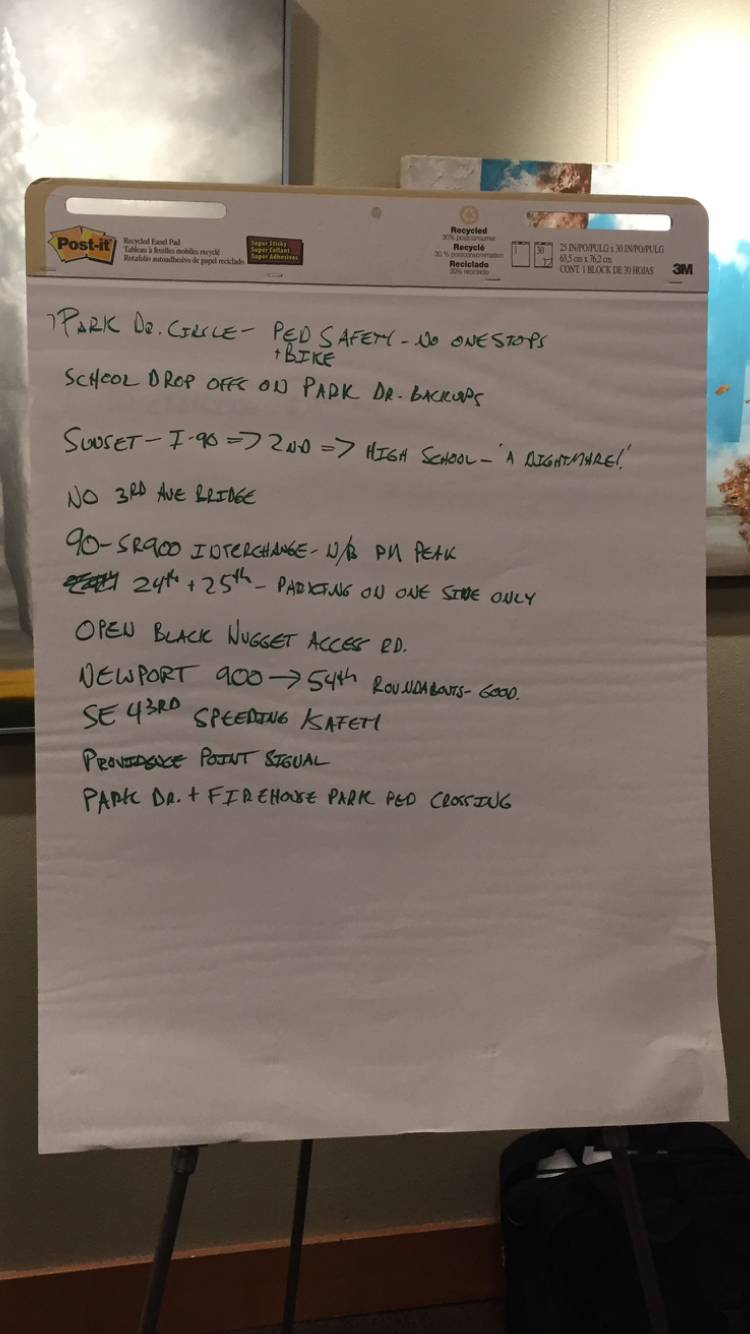 Wednesday night Blakely Hall was packed with ideas, complaints and hope that traffic problems would be solved in Issaquah soon. Leading the meeting was the City of Issaquah’s Traffic Task Force, a volunteer body appointed by Mayor Fred Butler to sort through traffic issues and priorities. The task force is expected to deliver recommendations that will inform which projects will be included in a bond package that may go before the voters this fall.

Large maps illustrating traffic issues lined the room with empty flip charts nearby ready to record attendees’ thoughts. But it was not begin with a clean slate. Eleven “springboard” projects were presented which may or may not be part of the final bond-funded list. The list included: 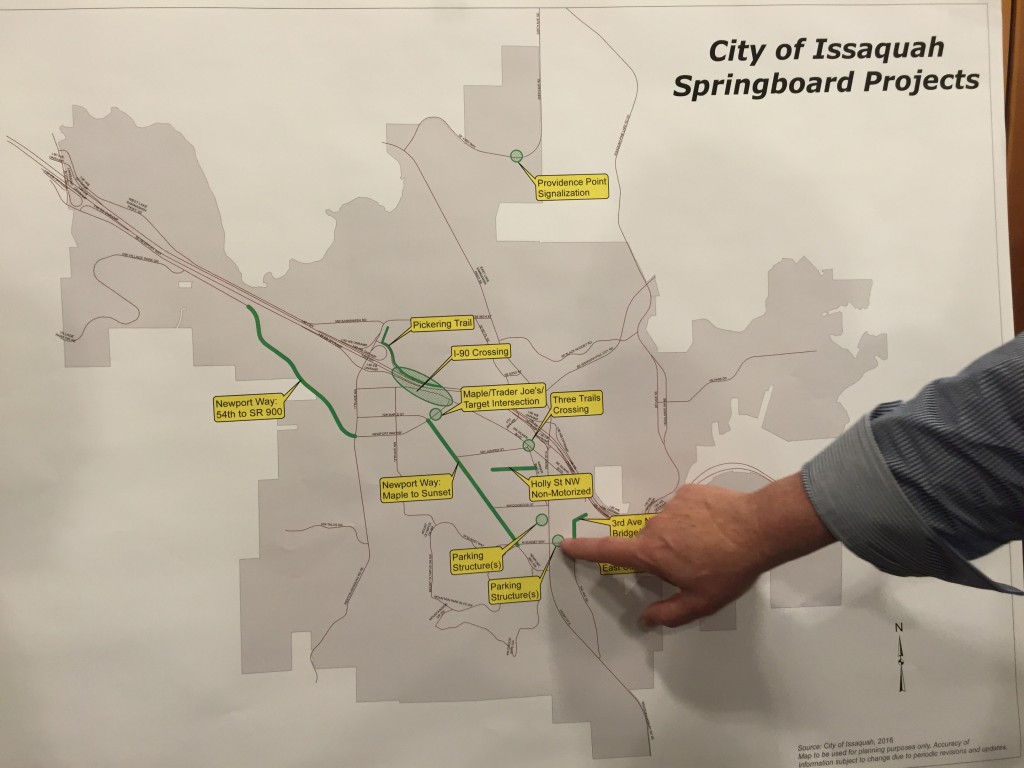 Attendees milled around the displays. Each station enjoyed lively discussions as attendees shared their thoughts with task force members and city staff. Attendees added to the list of proposed projects, jotting them down on the flip charts. Safety seemed top of mind on Issaquah Highlands’ roads. Pedestrian crossings were singled out along Park Drive NE, especially at Grand Ridge Elementary at the Firehouse Park crossing.

The next Tackling Traffic: Community Open House will be at 7:00pm on March 10th at City Hall’s Eagle Room at 130 E. Sunset Way. All are welcome to attend. 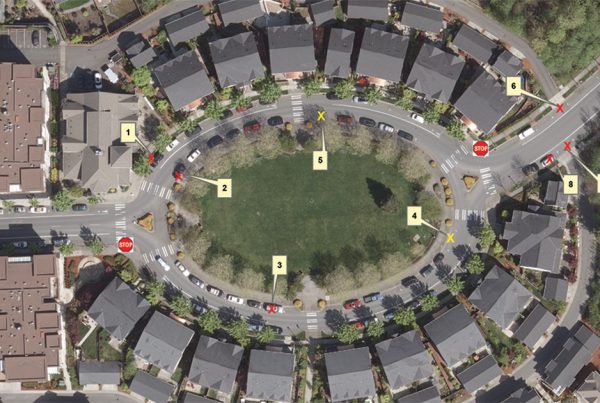 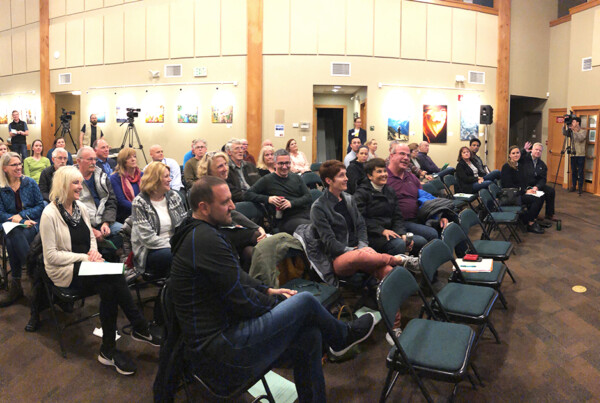 What is the Future of Issaquah Highlands? 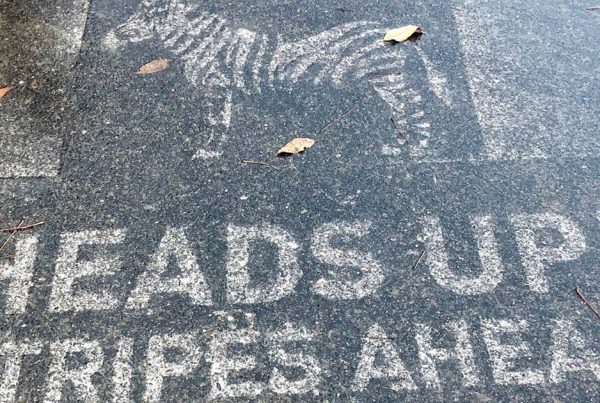