By Lindsey PinkstonDecember 28, 2021Connections
No Comments 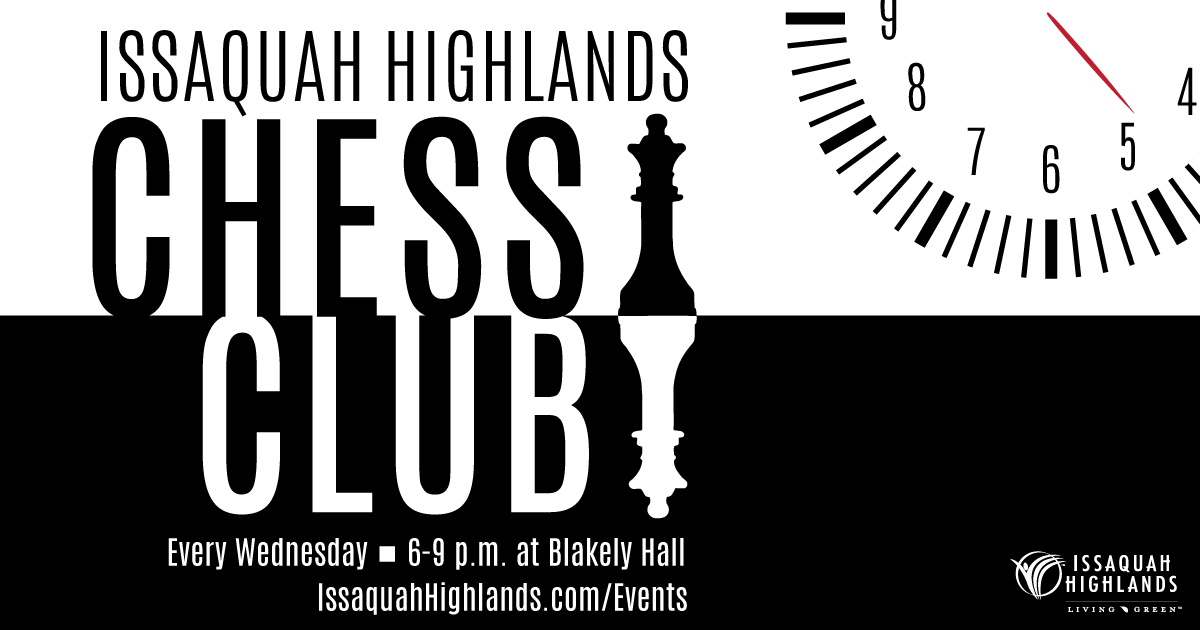 A new community chess group starts at Blakely Hall in January for players of all ages and skill levels.

From Daniel Kaseumsouk, Issaquah Highlands Chess Club group co-leader: “Chess consists of 64 squares, 16 pieces, and six different types of chess pieces. Your goal is to trap the opponent’s king. How do you accomplish that? Start by making your first move — one out of the 400 different possible positions — then contemplate your second move — one out of 72,084 possible positions. Sounds a bit intimidating, right? Well, the rules are actually simple. Players only need to learn six different movements then they are ready to play.” 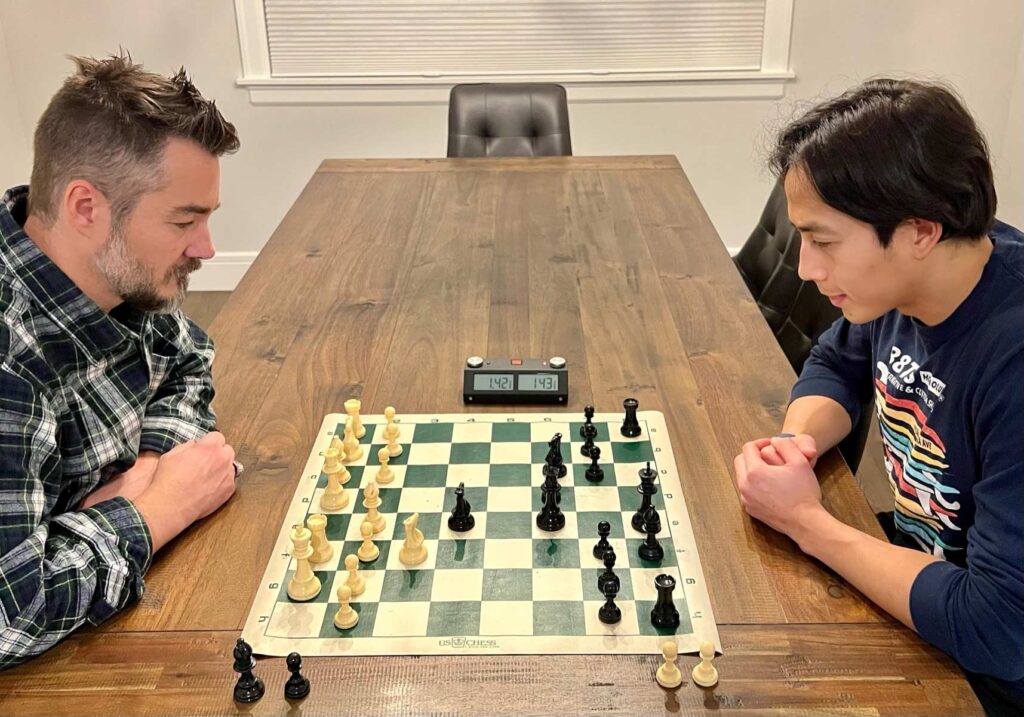 About the group leaders

Daniel Kaseumsouk first started playing chess in middle school when a teacher set up tables with chess boards so students could play during lunch. At the time, Daniel did not know how to play, but after watching other students and obtaining guidance from teachers, he found a new hobby. Even 15 years after learning to play, Daniel continues to play chess daily. He moved to Issaquah Highlands in June 2021.

“I’m really excited to help launch the Issaquah Highlands Chess Club,” Daniel said. “I just want to teach new learners how to play and see if this is a hobby that will stick with them like how I experienced back in middle school.”

“Having resources to play chess online with an opponent at any skill level, at any time, has been a great development for chess in recent decades,” Chad said. “During the pandemic — and with the chess boom following ‘Queen’s Gambit’ on Netflix — chess players everywhere found [online] was really the only option to play. Heading into 2022, people everywhere are looking to safely reconnect with one another, and for chess enthusiasts, the best way is over a chessboard.”

You’re invited to make the next move

The first Issaquah Highlands Chess Club meetup is Wednesday, Jan. 5. Players can bring their own chess sets or borrow one from the group. Daniel and Chad recommend clocks, but they’re not required. It is free to participate, and — like all community groups — the group is open to non-Issaquah Highlands residents. Join the Facebook group at facebook.com/issaquahchess.

Per the King County Vaccine Verification Order, verified vaccination status or proof of negative COVID test in the previous 72 hours is required to enter Blakely Hall for everyone ages 12 and up. Check issaquahhighlands.com/events for updates.