When it’s all said and done, Issaquah Highlands is expected to have approximately 4,500 homes. We currently have approximately 4,000 homes. The remaining 500 “allowable development” comes from past development agreements. 365 are slated for property west of 9th Ave NE. Most of these units are “allowable development” from the Development Agreement; however, 100 units are Transfer of Development Rights or TDRs, discussed below under Public Process. The remainder is allowed on a small parcel behind Marshall’s on 10th Ave NE.  See February Connections, “Still Growing” for more details. 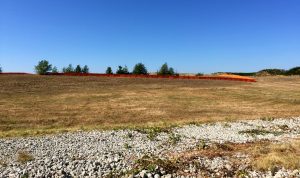 On July 19, 2016 the City of Issaquah’s Urban Village Development Commission (UVDC) approved a Site Development Permit (SDP 16-00001) for 109 condominium-townhomes to be built west of 9th Ave N.E. This accounts for a portion of the 365 anticipated units slated for the larger residential development site (see Vicinity Map). They will be built on 8.5 acres located between Discovery and Ellis Drives, west of 9th Ave N.E. Today you can see the orange construction fencing outlining the area. 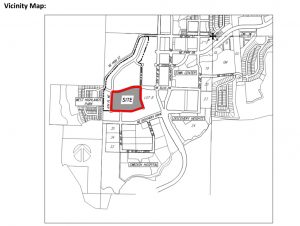 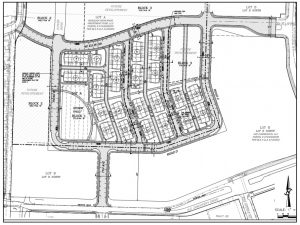 Though the architectural design is not finalized, these townhomes are likely to be 3-4 stories, each building comprising 2-6 units. The Brownstones just south of Dick’s Sporting Goods have that basic configuration, and were built by the same builder, Polygon Homes NW. However, City of Issaquah, Associate Planner, Mike Martin shared at the June 21st UVDC meeting, “I think the applicant is thinking of something completely different.”

Issaquah Highlands is governed by the Grand Ridge/Issaquah Highlands Development Agreements (DA), first put in place 20 years ago. The DA sets forth standards and guiding principles that dictate what can and cannot be built, and how it can be built. A rigorous public approval process helps to assure projects adhere to this and other community standards.

Part of the approval process deliberately engages the public on at least two levels. The public is represented on the Urban Village Development Commission (UVDC), a volunteer board of citizens who review and approve applications such as this SDP. Three members of the UVDC reside in the Issaquah Highlands: Chairman Geoff Walker, Vice-Chairman Karl Leigh, and Commissioner Scott McKillop.

Even though the Development Agreement has strong intentions, there is flexibility built in. The UVDC provides oversight and interpretation to balance flexibility and compliance to guide developers to contribute to the vision of Issaquah Highlands. As the commissioners reviewed this application, they identified several areas of concern. Each one was further analyzed by the City of Issaquah staff and the applicant. In some cases, further information was produced, in others, changes to the application were made to mitigate the commissioners’ concerns. 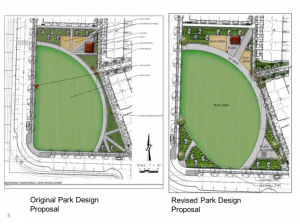 On June 21st, the UVDC asked for more details about the design of the Local Park and its amenities. The applicant provided more details for the July 19th meeting (see image above), however the design will continue to evolve, in part as the City and IHCA review the design and construction permits. Responding to commissioner’s concerns, the staff added condition #53 to add an additional level of review:

Condition 53: An application for an Administrative Site Development Permit must be submitted and the permit approved by the Development Services Department and the Issaquah Highlands Community Association prior to construction of any elements of the Local Park. (Staff Report dated July 13, 2016 included in UVDC packet, July 19, 2016)

This condition provides additional assurances that the public, through The City and the IHCA (our HOA), will have one more approval step for the design of this park. 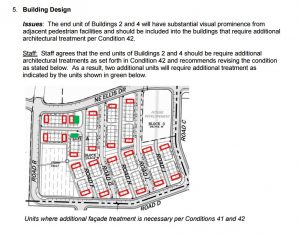 The building design concepts had not yet been publicly presented. The SDP stipulates many standards and detailed requirements in the building design. The permit further requires that our IHCA Builder ARC approve all final project designs. Sarah Hoey, Executive Director of the IHCA, clarifies that “complete Architectural Review and the landscape plans still have to be approved through the IHCA Builder Architectural Review Committee (Builder ARC) as a city permit requirement.” Sarah also attends the UVDC meetings.

Furthermore, the UVDC uncovered an issue in their review of the application that would result in design standards not being applied in two very visible ends of buildings. Though the applicant had previously committed to additional design attention to many ends of the buildings, the UVDC called these two additional locations out in the June 21st meeting, requesting they be included in the design standards. In the July 19th staff report, the applicant agreed with the request. Language was added to extend the architectural requirements for such details as “differentiation” and “architectural embellishment” to these exterior walls.

These requirements do not prescribe a particular style. Everything from the neo-craftsman homes of 30th Ave NE to the contemporary style of Discovery West have been approved based on Issaquah Highlands standards.

Also discussed was phasing, especially with regards to the block details omitted in this SDP, referred to as “Future Development”. The reason for postponing the permitting of this block is that the additional “entitlement” of 100 residential units must still go through an additional public process. The “allowable development” numbers include those in the “Future Development”.

This column only touches on a few highlights of the deliberations at the UVDC meetings covering this permit approval. UVDC Vice Chair, Karl Leigh summed up his take on the process by saying, “I appreciate the staff and the applicant for the work that they did … We got things addressed.”