Culture Through Cuisine – Korea and Kimchee 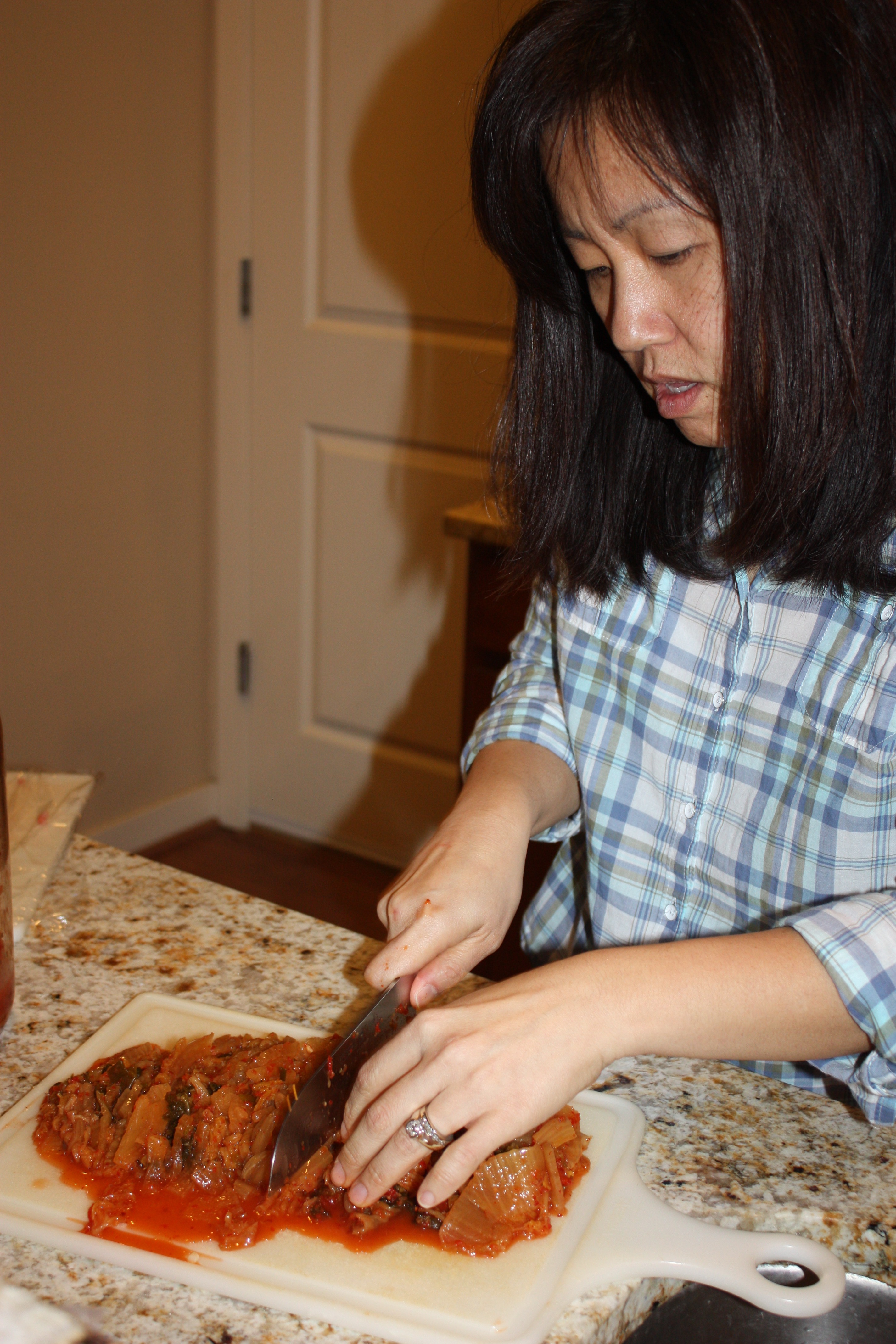 “There are four things I’ve decided that go well with kimchee: Pork, tofu, egg and tuna. You just can’t go wrong with it.” 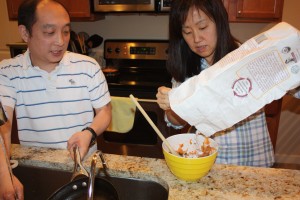 Sedi Oshima moves quickly around her kitchen. She has three different dishes going that all feature the Korean staple, kimchee. Sedi starts the kimchee stew first. She fries the kimchee a bit before she puts it in the stew. It lends to a better flavor. The kimchee simmers on the back stove in its own juices along with some water. 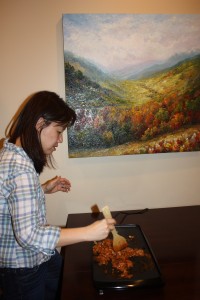 Sedi chops up some more kimchee. This will be mixed with flour and egg to make a batter. She adds a bit of water to get it to the consistency of pancake batter. Sedi always chills the pancake batter. It makes for a crispier pancake.

Meanwhile Byron, Sedi’s husband, is cooking the pork on an electric skillet for the kimchee fried rice.

Kimchee is a staple in the Oshima household. Sedi and her sister meet every few months to make their supply of kimchee. It’s an all-day process. While one person cleans the napa cabbage the other chops the radishes and sweet red peppers. Salt is poured over the cabbage and it sits six to eight hours. “Don’t let it sit for more than 10 hours, it doesn’t work,” warns Sedi.

After the cabbage releases its water, red chili pepper, lots of garlic, ginger, sugar, shrimp paste and green onions are all added. The ingredients are mixed by hand in a very large tub. At the end of the day it takes about 12-16 heads of napa cabbage and the finished product is six to eight gallon jars of the sour, spicy fermented kimchee.

“The first two thirds you just eat it, but the last third is when you cook with it. It is more sour,” says Byron. The longer the kimchee sits the more potent the flavors become.

“You don’t eat very much,” says Sedi, but it is eaten often. Sedi’s favorite dishes to cook that feature kimchee are the pancake, stew, fried rice, soup (which is thinner and milder than the stew) and stir fry. 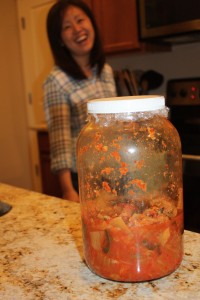 aught cook. “I like to experiment,” she says between flips of the kimchee pancake and stirs of the stew and mixing of the fried rice. Sedi she pours a little more oil into the fried rice. “It’s all comfort food.”

Sedi and Byron have lived in the Issaquah Highlands since 2008. She was born in Korea and moved to the United States when she was four years old. After college, Sedi spent a year in Korea teaching English.

Sedi finishes the fried rice with some gochujang sauce, just a little, for a little more heat. She makes a simple dipping sauce of soy sauce and vinegar for the pancake and takes the simmered stew off the stove.

A fried egg is served on top of the fried rice. The runny yolk oozes into the spicy rice. Each dish features the kimchee in a different way. The rice has the most heat and the pancake is mellowed as it’s dipped in the sauce. The stew is hot and sour and comforting. 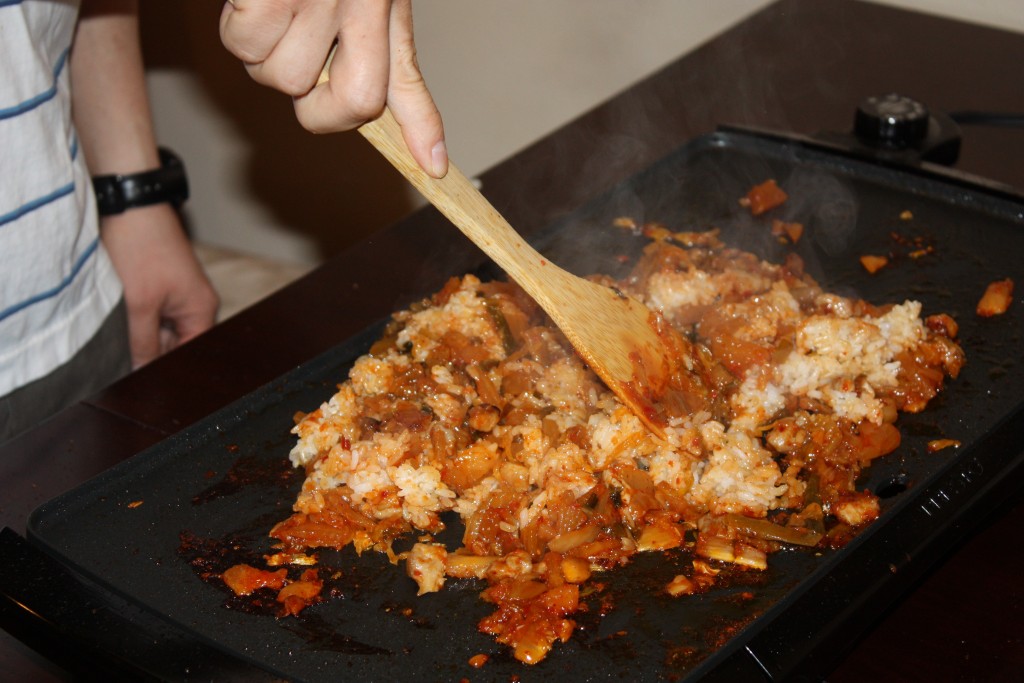 Tip: The more fermented/sour the kimchee is the better it will taste.